"ŁICRYNØ, aka, Ryan OToole, is a Filmmaker and Musician with skills as a Film Editor, Production Sound Recordist. He is also a songwriter. His music has been featured in television shows, under the band name, Amateur Blonde Music. Ryan lives in Long Island City, NY, but has worked formerly in Los Angeles and London." - IMDB

It is with great excitement that 'Keep the Home Fires Burning' (8 mins, 16mm, 2008) will be RE-RELEASED this year in stunning 4k with new audio mix!

The original 16mm Inter-Positive has been transferred to 4k quality video. You can now see the film near its (similar to) original theatrical resolution. The original stereo soundtrack and score have been remixed & mastered in 96k / 24 bit quality.

The film will be showcased on the Amateur Blonde YouTube channel and this webpage.

Before LIC RYNO, aka Ryan O'Toole, got back into making music, he was filmmaking, full time. His optically printed experimental documentary about generational PTSD, 'Keep the Home Fires Burning', played the festival circuit for 2 years, with notable appearances at Atlanta Film Festival & Mill Valley Film Festival.

Technique: The advancement of video resolution makes 2008 seems like 100's of years ago 😂. The best one could do in 2008 was 1920x1080 HD and film was still superior for projection. This work of art is composed of meticulously photographed and re-photographed Super-8mm home movies on a 16mm Optical Printer (later blown up to 35mm) in,  4:3 Academy Aspect, with stereo soundtrack. There are many experimental elements at play, including re-photography, animation of broken glass flashed onto 35mm film, bi-packing, and an insane A, B, C, D, E, F, G, H layer contact print (in collaboration with film-colorist Chris Hughes at BB Optics (formerly Colorlab). Ryan also scored the film.

Filmmaker Bio: Ryan O'Toole has a degree in film production from University of Colorado at Boulder (CU, 1998) and a Master's Degree in Film Editing from the American Film Institute (AFI, 2004). Ryan, also known as ŁIC RYNØ, was accepted to the San Francisco Art Institute based on his high school photography, but chose to attend CU. UC at Boulder is well known as the film school beginning of Matt Stone and Trey Parker of South Park fame, but for filmmakers, it undoubtedly holds the keys to the legacy of Stan Brakhage (RIP) and his contribution to the experimental cinema. ŁICRYNØ was lucky enough to study under the tutelage of Phil Solomon (RIP) and Brakhage, as well as absorb film history from Professor Melinda Barlow. It was during this time RYNØ was introduced to the Oxberry Animation Stand, traditional 16mm film techniques, as well as experimental.

Following his passion for film, RYNØ, and 13 others, were selected to pursue a Masters Degree program at the American Film Institute. At the time, AFI was the only institution offering a masters degree specifically for Film Editing. AFI was (and is) known to have film editors with ridiculous film credits working as professors. Fellows were required to learn how to deal with 35mm & digital intermediate workflows. RYNØ's mentors included: Howard E. Smith (The Abyss, Point Break, Near Dark, Snakes On A Plane), Stan Salfas (Dawn of the Planet of the Apes, War for the Planet of the Apes), Danford B Greene (RIP) (MASH, Blazing Saddles, Rocky II), Donn Cambern (Easy Rider, The Bodyguard, Twins), and Phillip Linson (Tombstone, Hot Shots!, The Indian Runner). Ryan moonlighted as an assistant editor on a couple AFI Lifetime Achievement Awards programs - Meryl Streep (2004) & Robert De Niro (2003). RYNØ was the editor  on Franklin Jin Rho's thesis film, A Distant Shore (2005).

Professional Work to Date: Following AFI, ŁIC RYNØ was lucky enough to land a job working in Television for the BBC in London. He worked as an assistant editor on the show [spooks] (MI-5 in the USA), A for Andromeda (2006), and a few other credits. He served as Patrick Moore's (RIP) right hand man in the editorial room for 3 years. Patrick worked on David Lynch's Elephant Man and was a great friend. He was assistant to editor Anne V. Coates, RIP (Lawrence of Arabia,  Erin Brockovich, Chaplin) for many years. RYNØ was in London for the July 7th, 2005 bombings, actually working on an episode of [spooks] that had a mirror image plot-line! Needless to say, that show's air-date become wildly important.

Ryan continues to work in film and post-production. He lives in Long Island City, NY. since 2007, working as a skilled editor, sound designer, and production sound recordist. Ryan's film 'Keep the Home Fires Burning' (2008) combined his experimental filmmaking skills from CU with his AFI and BBC experiences. 'Keep the Home Fires Burning' played in several film festivals, including the Atlanta Film Festival, Ann Arbor Film Festival, and Mill Valley Film Festival. O'Toole was a part of the post production of HBO's "Back on Board: Greg Louganis" 2014 documentary. RYNO is also a songwriter and recording artist whose music (band 'Amateur Blonde')  have been in TV Shows including, CBS Extant (2014), FOX Minority Report (2015), and AMC The Walking Dead (2021, S10 Ep21). 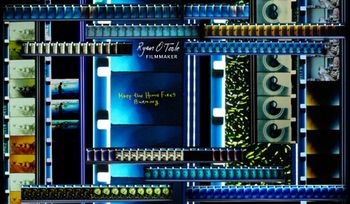 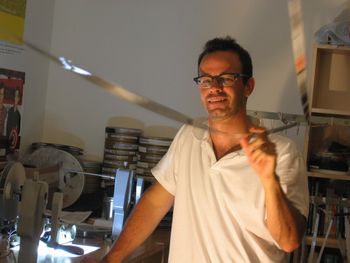 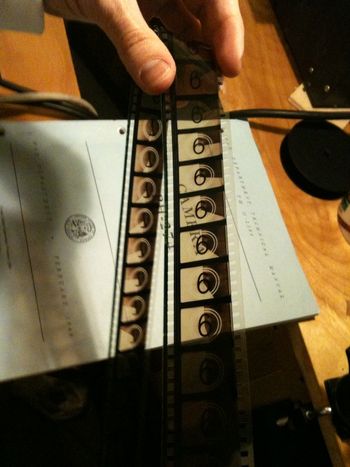 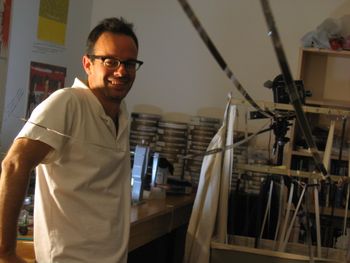 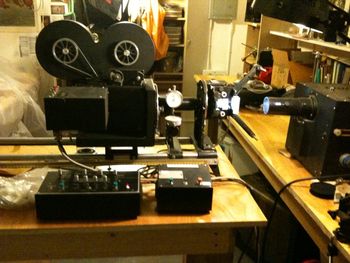 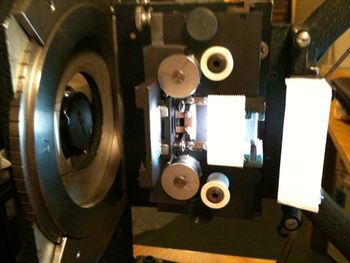 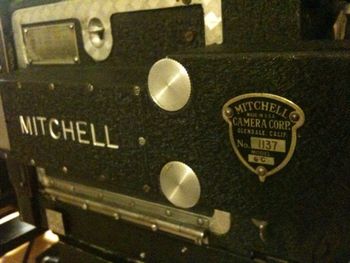 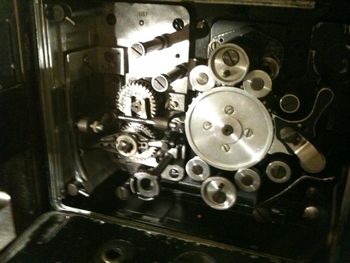 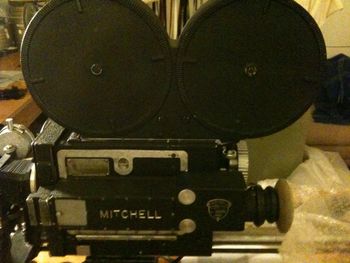 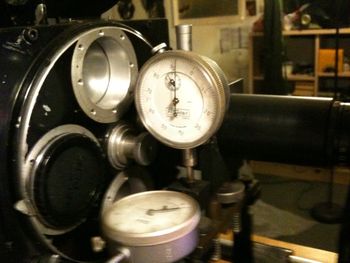 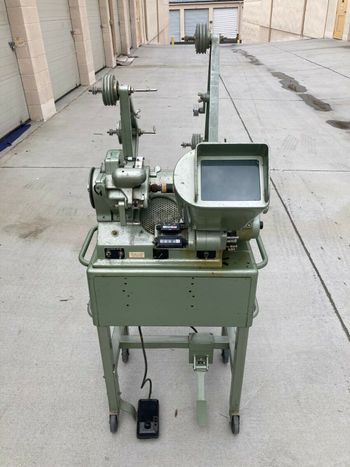 Patrick Moore (not to be confused with Sir Patrick Moore) was a very accomplished film editor who lost his life to cancer. I shared a room with him, as his assistant, for much of my time in London (Twickenham film studios), 2003-2006. Patrick was hilarious, he absolutely loved the Stevie Ray Vaughan: Texas Flood album, listening to it practically on loop for years. I gave him a cd of Little Walter and he added that to his blues perpetual 12 bar lifestyle. He was a classic Englishman, despite all odds, optimistic, and one of his memorable quirks was that he loathed editing scenes where a character was crying and wailing uncontrollable - handing those sequences off to me to deal with. Patrick spent decades working and handling 35mm celluloid film as Anne V. Coate's assistant editor (Lawrence of Arabia). He was responsible for keeping her editing room organized (she used to assemble workprint by paperclip!), syncing-assembling dailies, and laying out opticals for films like Elephant Man and others. Anne was actually Godmother to 2 of Patrick's children, Samuel and Thomas. Patrick's stories of seeing Jimi Hendrix play guitar with his teeth at a club on Wardour street and his hilarious breaks for a 'breath of fresh air' at a smoky pub in the afternoons were legendary. He was a gentle giant who taught me a ton about filmmaking. We worked with Avid, yet Pat only really wanted to know the buttons similar to the upright Moviola machine he'd worked with for ages. Looking over the end of his glasses, he would have 1 perfect cut in the bin, where I would have 5 different edits of the same scene. Pat introduced me to director John Strickland (Bodyguard, Flight Attendant). John and I still talk about him today. He loved cricket, loved his children and loved life. A fine example on how to enjoy your life whilst accomplishing new things daily. I miss annoying Pat with my "lousy American made" Tea, watching his face when I swapped his request for 'marmalade on toast' for 'Marmite™️ on toast'. He teased me constantly, yet made me feel welcome to have a bite of every creative experience in the cutting room.